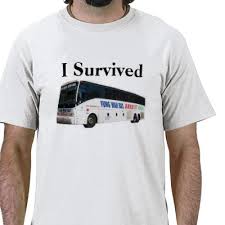 The U.S. Department of Transportation revoked the operating license of a second cheap-o Chinatown bus line yesterday, forcing the Ming An bus line off the roads, Daily Intel reports. Ming An made $60 bus trips from Canal Street to Florida, Georgia and Virginia … rather recklessly, as it turns out. A DOT investigation found that Ming An failed to screen drivers for drug and alcohol use and "allowed unqualified" to drive buses on national highways. And for one final reassuring detail, Ming An also didn’t conduct safety checks on its buses.

Ming An’s shutdown comes just weeks after Fung Wah buses — the original "death buses" which ran between Washington, D.C. and Boston — were taken off the roads.