At the end of last week, the communications team for the Chicago Department of Transportation was tasked with making citizens aware of the campaign to report potholes in need of repair. Getting people to care about and be proactive potholes is not always easy, and although it is important to make those who can fix the potholes aware of the problem, it’s not always the most fun or engaging topic to write about. So the PR person for CDOT did what any normal communications professional needing to spice up a topic would do: ride the heels of a more popular Chicago event (Lollapalooza, whose lineup had just been announced) and lay on the band name puns as thick as possible. The result? The most ridiculous press release we’ve seen in a while.

"Tired of Drivin ‘N Cryin’ in Traffic over the Minor Threat of potholes in the Pavement?  Ready to see nothing but The White Stripes on the roadway and not worry about The Cars swerving to avoid potholes?

This weekend, if you are motorist or a Motörhead, participate in the first-ever “Potholepalooza,”  the Chicago Department of Transportation’s (CDOT) call to Chicagoans to report as many street potholes as possible.  Then watch the show next week as CDOT has The Cure for your Moody Blues and fills all of the potholes reported from Friday, April 5 through Sunday April 6 so that your car doesn’t do the Harlem Shake and give you Divine Fits."

Wow. As a lover of bad wordplay, this is a goldmine. But I feel like by working with mostly only band names, even if there are some truly masterful stretches ("Men At Work gave Blood, Sweat and Tears"), the writer really missed out on some quality references. Like, you’re really going to do a music reference-packed press release about potholes and not include a nod to De La Soul’s classic, "Potholes In My Lawn?" Or maybe the writer knew that’s what people who pay too much attention to things like this were expecting and decided to deviate.

Maybe this could become a series for CDOT. Maybe the next one will be all covert references to the raunchiest tracks in the writer’s iTunes catalog. "When you’re on the road and feel a little ‘Bump ‘n’ Grind’ in your tires, be sure to let us know." "Be careful with potholes, or whiplash may have you screaming ‘My Neck, My Back!’" It would certainly get people talking about the important issue of local infrastructure.

First of all, no one says "buggery" anymore, Jamaica. And second of all, way to ruin Harlem Shake videos, bigots. 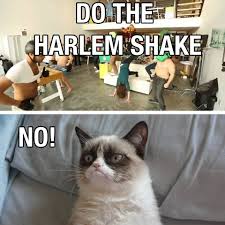 Huffington Post Gay Voices reports that a Christian anti-gay group called the Love March Movement is behind this somewhat sinister Harlem Shake video in which dancers hold signs warning that getting rid of Jamaica’s anti-buggery law will lead to pedophila and zoophila (that would be sex with animals). As per their Facebook page, "We are dedicated to representing Christ’s view on sexual sin, including homosexuality, and standing in love and prayer for our country."

Jamaica maintains its Offences Against Persons Act, dating back to 1864, which criminalizes sodomy (and conflates it with having sex with animals while doing so). Prime Minister Portia Simpson-Miller vowed during the last election to improve LGBTQ rights within the country, specifically by saying she would be fine appointing gay folks to her Cabinet.  Last October, two gay Jamaican men challenged the country’s anti-gay law on the grounds it is unconstitutional.

I still have not seen a Harlem Shake video. I’m usually not the kind to boast about deliberately avoiding a shared cultural experience, but I have no idea and, honestly, I’m OK with it. There has never been one shred of my existence that has ever wanted to participate in any sort of viral video sensation (or flash mob, which I feel like we’re bordering on here). That is why I do not understand the thought process that would sway, say, miners in Australia to take a break from their clinkin’ and their diggin’ to dance around in a cave. The only good thing to come out of this meme is that the fifteen people involved in the video were fired. How’s that for a resume killer? ("Why did you leave your last position?" "Because I danced on the job and filmed it for some stupid, stupid joke that no one will remember in ten years.")

"Harlem Shake" videos know no bounds: even children’s toys are not immune. 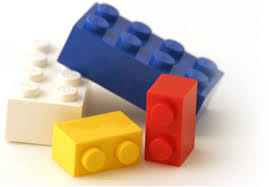 Here’s an animated video by SpastikChuwawa of LEGOs of The Avengers characters doing a Harlem Shake video.

We’ve got Hulk tossing Loki in the air, Captain America missing out on the fun, and Black Widow, Thor and Iron Man are shaking their little plastic thangs.

It’s not quite as good as Michael Jackson dance moves recreated in LEGOs. Or the Grumpy Cat "Harlem Shake" video. But then again, what is?

In one of the more satisfying takedowns of memes that aren’t worth the bandwidth they’re using, filmmaker Chris McGuire went to 125th Street in Manhattan—the main artery of actual Harlem—to get residents’ perspective on the so-called "Harlem Shake" video phenomenon. And the reviews, to put it lightly, are not good.

First off, most of the folks interviewed have to be shown an example of a Harlem Shake video, and they react with horrified confusion from the get-go. Many of them note that no one involved in this trend is doing the real Harlem Shake, which originated in 1981 and has its roots in a much older Ethiopian dance.

The advice proffered runs the spectrum: get another hobby, get some rhythm, get some sense of shame, put some clothes on, don’t try this in Harlem itself, study your history and check your privileged white appropriation of a minority’s hard-won cultural capital. All of which is guaranteed to fall on the deaf ears of Matt & Kim fans everywhere. But at least people are talking?

"Harlem Shake" is the new dance craze the kids are doing these days. If you have to ask what it is, you’re probably too old to know. Also, Azealia Banks video won’t explain it to you.

Azealia Banks’s remix isn’t a true "Harlem Shake" video—it’s her swinging her gorgeous long hair in the air and shaking her ass at the camera. Which is kind of like making a Gangnam Style spoof without doing the dance. But whatever!

This is pretty self-explanatory. The title really sells it all. But to provide a bit of context, Official Comedy has released a bizarre and video of Dale Cooper himself looking quite content just doin the Harlem Shake. He begins with a white mask alone before being joined by several other Peaks-esque figures and what I imagine is some damn fine coffee. Enjoy.