Don’t cross Helen Mirren or its curtains for you, doggie. 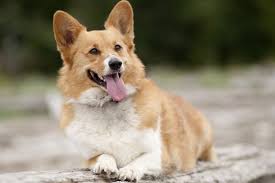 Lizzy, a seven-year-old corgi cast in The Audience on the West End, has made an earlier retirement from the stage after repeatedly failing to make her cues. Mirren is starring as Queen Elizabeth II in a play about her relationships with the many Prime Ministers of Britain and the pup was playing one of her beloved corgis.

But Lizzy failed to understand the gravitas of the costar and failed to make her mark in "16 consecutive preview performance nights," the UK’s Telegraph reports. Now she’s back home with her owner while another corgi is enjoying the air-conditioned dressing room just down the hall from Helen Mirren’s.  Animal Actors, the agency which supplied Lizzy, suggested she might have been resentful of her (canine) costar Rocky, who is younger, more spritely and always reached the doggie treats waiting offstage before she did.

Director Stephen Daldry was all too happy to be rid of the actors’ cat– er, dogfight. “[Lizzy] was excited the first three times, and then I think she decided she didn’t want to be an actress any more. She decided to retire from the British stage," said Daldry joked. "Now she’s back home, a resting actress, resting by the fire."

Lizzy has been released by another corgi named Coco, age five. A younger rival!

This video is not in any way new. It is not especially popular about to go viral (unless this post gets ten million hits). It does not feature Beyoncé. Just thought you could use a break from the slideshows and trend pieces. Not to mention a glimmer of hope. You’re welcome.

What happens in this ordinarily extraordinary home video? An overweight Corgi—32 lbs., to be exact, though she’s down from nearly 40—makes a mockery of the measures intended to restrict her freedom. That is to say, she scales and hauls herself over the top of a baby gate, despite everything we know about physics working against her.

Will you ever complain about a personal obstacle in your life again, no matter how inconceivably daunting, after watching this? You better not. I showed you this video for a reason: once you’ve seen a fat Corgi execute a sensational jailbreak like that, you’ve no excuse not to do better in every realm of your life. Like, why not adopt a Corgi? I hear they’re not too much trouble.

Monty, one of Queen Elizabeth’s oldest and most-loved dogs, has died. And yet millions of ungrateful cats live on.

Monty, who lived to the age of 13 (that is, a ripe old 91), spent his days bounding around Buckingham Palace and the monarchy’s considerable estate with his fellow corgis, Willow and Holly, and even humbly consorted with non-purebred mixes like Candy and Vulcan, who are half-dachshund. He did once engage in a scuffle with Max, Princess Beatrice’s terrier, but was likely just defending his favorite couch.

Monty, descended from Susan, an 18th birthday present, will be greatly mourned even after his burial at the royal pet cemetery in Balmoral. Her majesty has continuously bred corgis from Susan up till 2009, when she stopped for fear any new dogs would outlive her. By my rough math, I would guess she has seen at least 20 corgis die in her long life and is almost certainly followed around by their happily yapping ghosts.

In any case: godspeed, you short-legged scamp.

No jokes to be made, no snark to be won. It is what it is: A corgi "covering" Carly Rae Jepsen’s "Call Me Maybe," a video that’s simultaneously the zenith and the nadir of the Internet, content that justifies itself simply by existing and makes it that more unlikely that we’ll ever read something longer than 140 characters ever again. But handwringing aside, you still won’t see anything cuter this week. Sorry to everyone who might’ve known better.

"Call Me Maybe" is still #1 and corgis are still adorable. Internet, keep on Internettin’.