The next and eighth season of American Horror Story will take place 18 months or so into the future, in approximately fall 2019, according to Ryan Murphy’s revelation at an Emmy FYC (For Your Consideration) panel.

Murphy was joined on the panel to discuss the current season, Cult, by cast members Sarah Paulson, Evan Peters, Billy Eichner, Cheyenne Jackson, Adina Porter and Leslie Grossman – all of whom have been revealed to be returning for the anthology series’ eighth installment. Additionally, it was explained that Paulson and Peters will both helm respective episodes in their directorial debuts.

The divulgement urges the question: is it tied to a specific moment already on the future calendar? What, exactly, could Murphy be thinking of centering his narrative around in October 2019?

The newest iteration of the show will also take on a more surreal tone, as opposed to the realistic (ish) air of Cult.

“It’s not necessarily as real and grounded as the past season. We’re sort of getting back to Asylum and Coven. That’s the tone of it,” Murphy revealed to The Hollywood Reporter.

It was also unveiled that legendary actress Joan Collins will join the cast as someone’s grandmother, and that Kathy Bates will return to the show after some time away. THR also reports that Murphy is in talks with Anjelica Huston about an as-yet-unspecified role.

What We Know About Season 6

Indulge in the tidbits we’ve gathered from the cast and crew about what’s coming for FX’s hit anthology series.

Gaga Herself Will Return

Mother Monster said in a Z100 radio interview that she would be back for Season 6, but added that “I can’t promise you how, or when, or anything like that.”

The seasoned veteran of AHS has bowed out gracefully from the show. In an interview with Charlie Rose, she said, “I had four years with that — four seasons and each year was a marvelous character. But … sometimes you come to the end of something.”

In an interview with Larry King, the actress confirmed she would be returning as well.

Cheyenne Jackson recently confirmed in an Out interview that he will, indeed, be returning for the upcoming season. That’s all he’s saying, however: “Wild horses wouldn’t make me reveal the plot.”

Ryan Murphy explained at Paleyfest that, “We’ve been working on two ideas at once, which we’ve never done, so I don’t want to say what it is, but … it will have a different form than we’ve ever done.” FX president John Landgraf commented at a Television Critics Association press tour that the show is, “Set in two time periods … but principally in the present.”

A new trailer for American Horror Story: Freak Show was released today, providing fans with an extended peek of the new series. Set in 1950s Florida and based on one of the last legitimate freakshows in history, Freak Show marks the fourth season of the soapy-camp horror tale from writer Ryan Murphy.

Fans of the series are sure to be entertained by a bearded Kathy Bates and glorious per-usual Jessica Lange. You can catch the first episode October 8th  on FX.

Ryan Murphy, who is currently represented on television with three scripted shows (American Horror Story, Glee, and The New Normal), is added an HBO series to his roster. Open, which is described as "a modern, provocative exploration of human sexuality and relationships," has gotten a pilot order from the network. Collaborating with Dexter co-executive producer Lauren Gussis. This will be his second project with the cable network, as his adaptation of Larry Kramer’s The Normal Heart is also being produced by HBO.

Deadline gives some details about the show:

Open revolves around five lead characters, including a married couple of thirtysomethings, the husband’s male co-worker and a woman in her 40s who is a yoga professional. Murphy said he had been bouncing ideas about a show exploring human relationships when Dante Di Loreto of his company, Ryan Murphy Prods, heard about Gussis working on a similar project and put them together. “She was great fresh voice and energy,” Murphy said about combining his efforts with Gussis. The two worked on the script in December, marking the first time Murphy had written a project on spec instead of selling a pitch. As for the spec landing at HBO: “I’m thrilled about it,” Murphy said, noting his great relationship with Lombardo through Normal Heart and calling HBO a perfect home for Open. “They have great projects, and this is really an adult show that is very frank in its depiction of sex.” But that depiction never feels gratuitous, 20th TV chairman Newman adds. “It is a very honest exploration of relationships and intimacy, and the sex feels organic to the subject matter,” he said.

"That depiction never feels gratuitious." Considering Murphy is responsible for a serial killer who targets plastic surgeons on Nip/Tuck, a ghost rapist on American Horror Story, and all of that Autotuning on Glee, I’m already giving this project a side-eye. But hey, at least HBO’s relaxed standards means there will be more naked people. Silver lining!

American Horror Story: Coven. It’s very clear here that the third season of Ryan Murphy’s batshit crazy, hypersexual anthology series will feature some witchy women. As we’ve reported, Jessica Lange, Taissa Farmiga, and Lily Rabe will all be back for the third season, as well as other regulars Evan Peters and Sarah Paulson. (Zachary Quinto assumes he’s not invited back to the party.) First of all, I’m pretty pumped for this upcoming season, because (#RememberThe90s) how great was The Craft, you guys? But also, it makes my theory that Jessica Lange is the head of a coven of Hollywood witches even more solid. Art imitates life, folks. 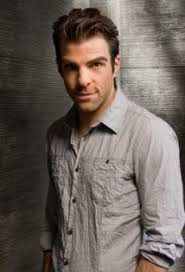 As quoted by Perez Hilton:

"I haven’t had any conversations about coming back, so at this point I don’t think I will be part of the third season as no one has mentioned it to me and I know that they have been making other announcements for the cast. Which is fine, when I signed on for the second season, Ryan and I talked about it being a one year commitment and I think just where I am in my work and what I want to accomplish I think it is good to have a little flexibility and a little bit of freedom. So, at this point I don’t really have any plans to go back, but from what I’ve heard and what I know is maybe going to happen a little bit, I am really excited to see the characters that Lily, Sarah, Jessica and Evan all play. I know Frances Conroy is coming back, which I think is amazing and I think it is going to be a different world all together and knowing Ryan as I do I think that it’s only going to be more exciting and more surprising than anything we have seen so far. I look forward to watching it."

Of course this doesn’t mean Zachary Quinto is gone from Ryan Murphy’s ensemble forever a la Connie Britton and Kate Mara. Taissa Farmiga starred as the daughter in season one, skipped Asylum, and is coming back for season three. And let’s not forget Dylan McDermott and his shirtless chest’s midseason return. So it’s possible that those Quintonian eyebrows could be back on the small screen were there ever to be a season four. A girl can hope.

Actress Lily Rabe, who was a part of our annual New Regime last month, has certainly received approval from TV honcho Ryan Murphy. After nabbing a featured role on the first season of American Horror Story and getting her name in the credits for American Horror Story: Asylum (and getting possessed by the devil, no big whoop), Rabe will be returning to the show for the series third season. The details are still pretty slight, but Rabe will be reteaming with season two regulars Jessica Lange, Sarah Paulson, and Evan Peters, as well as season one cast member Taissa Farmiga.

[via EW; Photo by Emilie Elizabeth]

We’ve already shared Ryan Murphy’s bat-shit crazy idea (as if there is any other kind) for the third season of American Horror Story: something about Jessica Lange playing a "glamour cat". But it looks like an old friend will also be returning to the show. Taissa Farmiga, who played the troubled daughter of Dylan McDermott and Connie Britton in the first season, will be reuniting with Murphy on his bizarre horror journey. Murphy tells Entertainment Weekly, “I missed her this season. There wasn’t really a role for her. I feel very protective of her and I didn’t want her to go back into the loony bin—it was too dark. So I thought well ‘I want Taissa to be one of the leads next year.’ I called her up and pitched her the character for the season and she loved it and she said, ‘Yes let’s do it.’" Now if we can only confirm a cameo from Connie Britton’s hair…

I gave up on American Horror Story: Asylum around the time that Anne Frank showed up, because when Anne Frank shows up to the party, it’s time for me to leave. I think that’s a pretty fair mantra! But, since I loved the first season of the show, and since the next season will have a completely new cast and story line, I figured there’s still a chance that it’s worth watching. And luckily, Jessica Lange will return to her new BFF Ryan Murphy’s crazy-ass fever nightmare.

Murphy is slated to sit down with the show’s writers to come up with a third season story line next week, but he’s already dropped some hints about what’s up there in that brain of his:

Season three is “really about female power,” Murphy said, adding that the enigmatic figure next year (i.e. Rubber Man and Bloody Face) will also be female. So far, Lange, Sarah Paulson, and Evan Peters have all signed to return. “I got Jessica to do it because I did everything she asked … and I also told her she will have hair, makeup, and the best designer gowns ever made. She’s going to play a real glamour cat sort of lady.” Murphy said he’s currently reaching out to several actors who Lange asked to work with, but wouldn’t say who they are. “She’s sort of become an uncredited producer now,” he said.

A glamour cat? Like Grizabella?! I’m sold! Also, I’m crossing my fingers pretty hard that Lange wants to reunite with her Crimes of the Heart sisters, Diane Keaton and Sissy Spacek. Hell, Ryan Murphy should just hire me to cast this show already. I’ll pretend that I don’t hate The New Normal, I promise!