Taylor Kitsch, AKA Tim Riggins on Friday Night Lights, AKA my boyfriend, is said to be joining the cast of Ryan Murphy’s HBO adaptation of the play, The Normal Heart. 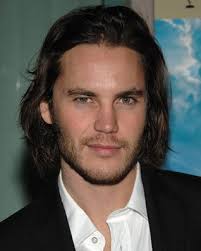 The autobiographical play by Larry Kramer focuses on the HIV/AIDS crisis of the early ’80s.

According to Perez Hilton, Kitsch would play Bruce Niles, a closeeted investment banker turned activist who spars with the lead, Ned Weeks.

Others actors already cast for the HBO project — which could be either a film or a miniseries — are Julia Roberts, Matt Bomer, Mark Ruffalo, and Jim Parsons.

Roberts will play Dr. Emma Brookner, a paralegic doctor who focuses on this strange illness mainly killing off gay men in New York City and Parson will reprise the role he played on Broadway of Tommy Boatwright, a gay activist.