Meet Alice Finch, the Harry Potter enthusiast who built an architecturally accurate interior and exterior of Hogwarts with 400,000 LEGOs. 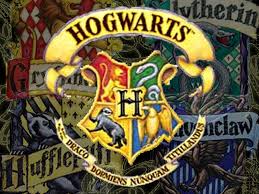 There’s a new time-lapse video on Geekologie showing the landcape, which took over a year to create, being set up. In addition to her nearly half-million LEGOs, Finch also used over 250 mini figurines. The completed works fit inside 40 large boxes for transport.

Very much deservedly, she took home the Best In Show and the People’s Choice awards from 2012 LEGO convention, Brick Con. You really have to look at Alice Finch’s Flickr page for photographs for just how intricately she designed the setup.

Watch the video below. It will either make you feel like you’ve accomplished nothing with your life or like you must be doing everything right.