Florida, the sinkhole-thriving wasteland which has spawned its very own Twitter handle "Florida Man" could really just use a state poet laureate, a painfully earnest op-ed columnist has suggested. 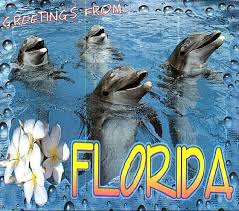 David Axelrod — no, not that David Alexrod, this David Axelrod — penned a piece in the Daytona Beach News-Journal about a bill working its way through the Florida state legislature to appoint a statewide poet laureate in April, National Poetry Month, to begin a four-year term on June 1, 2013. Poet Laureate is an unpaid position which is fully funded by private donors.

And then he gets funny:

"[A]s one who served as a county poet laureate (Suffolk, Long Island, New York, 2007-2009), I was a bit stunned that people actually would oppose such a post. Poetry and the arts have been my faithful companions throughout my life. I had forgotten that some people might say they were opposed to having a poet laureate. … I’ve heard folks ask, "Why would we spend any time passing laws to promote poetry? We need more jobs!" (Or, more cops; or more scientists; or pick a "more" you think we need.)"

Really, my good sir? You’re a bit stunned that Florida might be opposed to the arts? The state the brought us gator-wrestling and sinkholes and  Police Women Of Broward County and that terrible couple in The Queen Of Versailles? Really?!

Shockingly (to me, at least), Florida did have a poet laureate once. For 32 years! His name was Ed Skelllings and passed away last year.

Good luck with this endeavor, David Alexrod. If only  "Florida Man High On Cocaine, Synthetic Drugs And Four Loko" and "Florida Man Who Assaulted Teen Relative With Taco Bell Burrito" were just exposed to the works of Sharon Olds and Maya Angelou …